To serve clients from around the world, tool making company Meissner AG strives to continually expand its automation portfolio. In 2019, this resulted in a new business unit. In addition to mold loading and unloading equipment, the company intends to explore new approaches in the use of robotic systems. The effort has yielded excellent manufacturing solutions, including a project in which a robot executes 160,000 surface embossing operations that look as though they have been done by manual engraving. To realize its robot programming objectives, Meissner partnered with CENIT’s FASTSUITE team.

The rural region between Siegen and Marburg is known for mold production “Made in Germany”. As such, it’s also home to Meissner, a 100-year-old company which has become a byword for competence, reliability and innovation in developing prototype and series tools.

Automation with a startup attitude

To drive innovation in automation, Meissner relies on a young team led by Maximilian Kombächer, 32, who built up the unit and now acts as Team Leader, Automation Technology.

“We stepped up to this project with the idea that our automation solutions should help expand our product portfolio. That meant going beyond our traditional semi-automation approaches. We now have special, customized machines and fixtures, but also a series of entirely new initiatives – right now, for example, we’re looking at logistics aspects that our clients have to address when using our tools”, says Kombächer.

Engraving aluminum molds – but how?

The freedom to think like a startup was also the recipe for success in the project for fully automated engraving or embossing of aluminum molds – the patent’s already been issued!

The molds are used to make truck floor coverings from plastic. The finished product has to be skid-proof and high-quality in appearance. To achieve this effect, an embossing process is applied over the entire surface. The aim is to create an evenly applied irregular surface structure that appears as random as possible.

Creating such a mold tool manually can easily take two or three months because to ensure a uniform pattern, each mold should only be stamped by a single metalworking specialist. And it’s a job that no employee can do for more than three or four hours a day.

Patented algorithm for the CAD program

The automation specialists at Meissner therefore teamed up with their colleagues from toolmaking for vehicle interiors and from R&D to determine whether a robot could be tasked with this manual processing step.

With support from the Fraunhofer Institute, the team developed an algorithm for the CAD authoring software. The algorithm generates points on the surface of the 3D model which correspond to the contact points for the embossing tool. Each point is representing a process position with corresponding attributes such as position on the surface, orientation of the tool, etc.

The point distribution and orientation for the embossing position must satisfy a variety of conditions. For example, the customer require a certain process density, meaning that the distances between individual stamps must lie within a certain range. Also, to retain a hand-tooled appearance there should be high variety in stamp spacing and direction. And finally, simple repetition of predefined stamping clouds should be avoided so as to prevent unintentional patterning.

Wanted: A tool to generate the CNC program for the machines

The math for solving this task relies on a randomizer function that uses a given point of departure to define the next processing points. “You can watch exactly how the CAD program goes through the calculation process, how each point generates an impulse that defines new points, spreading them across the surface like a web”, says Kombächer.

Development was completed successfully in mid-2019. Meissner then addressed the next step – to use the data to derive a CNC controller program for a given robot cell.

But initial attempts with a legacy NC programming tool failed to produce the desired results because the task poses a series of new challenges.

“The tool arrives at the robot at the last stage of its manufacturing, when surface finishing has already been completed. After that, we just sandblast it again so that the surface looks nice and clean. It’s a stage where we have to prevent collisions between the robot and the mold at all costs, especially when the surface topology requires a reorientation of the robot.”, explains Marvin Duchhardt, Application Engineer at Meissner, who was the company’s contact person for the collaboration with CENIT from the beginning. “A damaged tool not only means reworking effort and costs – it’s also the point when we’re about to ship the tool and therefore have no time for delays.”

Robot yield: Up to 200,000 individual embossing operations per mold

Another problem arises from the enormous amount of data that needs to be processed. “Just to give you an idea of the amount of data: Embossing an entire tool requires approximately 160,000 individual robot operations”, says Duchhardt. “When creating the program, we therefore also have to program all robot movements for 160,000 positions, because our data don’t yet include the approach and retract motions of the robots. If you now assume that we need four robot motions per operation, you can see that we have to be able to program a large amount of operations at one time, otherwise the process will take forever.”

Meissner also needs stability during data processing, adds Kombächer: “We can’t allow the process to stall, because as I mentioned this is the last step before delivery.”

No one dares to do it? Yes, the FASTSUITE team does!

In early 2020, Meissner decided to bring outside support on board to address its NC programming tasks, presenting the challenge to several providers of offline programming software.

“We didn’t get that many responses – there weren’t many who were confident they could do it”, says Duchhardt. “With the FASTSUITE team, things were different right from the start – they were all fired up from the get go. Their commitment never flagged after that, and this has been the nature of our partnership with CENIT until today.”

Because embossing is a fairly uncommon production technology in industry, a specific FASTSUITE technology package was not yet available for the purpose. However, the CENIT software service team was able to adapt an existing technology package (stud welding) to meet Meissner’s requirements. A suitable programming methodology was developed in close coordination with the client.

It was also the CENIT software service team that developed the necessary downloader (postprocessor). The process points are transferred as a data set to FASTSUITE Edition 2 and programmed area by area. The pilot project covered the 160,000 process points mentioned above, but the solution can handle a great many more .

Thanks to the highly realistic FASTSUITE E2 simulation, Meissner can prevent collisions or problems caused by singularities before the robot actually begins embossing the mold. The only limiting factor during production is the robot control system which can currently consume not more than 6,000 operations at one time.

24 hours of embossing without manual intervention – thanks to precise simulation

During the pandemic year 2020, project support and FASTSUITE training courses had to navigate unfamiliar waters. But thanks to the experience, commitment and creativity both sides brought to the table, this hurdle was taken too and Meissner has been able to offer robot-based embossing as an additional portfolio feature since the autumn of 2020.

“Depending on size, we can now produce a fully embossed tool within seven to ten days! That shows just how much automation can reduce throughput times. And because simulation lets us safeguard the process, the robot can run for up to 24 hours without any manual intervention”, says a satisfied Duchhardt.

These key figures are not the only success factors of the project, adds Kombächer: “We have seen FASTSUITE in action, and we were able to take a very close look at the software. This confirmed our impression that the suite will be an excellent resource for us, both for everyday automation tasks and in special innovation projects. Many things only got off the ground after we understood the capabilities of the software.”

And then, says Duchhardt, there was the proactive support from CENIT: “We highly appreciate the trust-based communication that was built up here. It’s exceptional that someone is always available to you, even when a glitch suddenly crops up in one place or another.”

Jan Müller, Plant Manager at Meissner AG, recognizes the benefits of FASTSUITE as a source of all-round software support when leveraging automation solutions to achieve growth targets. “We can use FASTSUITE to program just about any brand of robot or machine. That’s a great benefit because of course our clients give us different models to work with. Also, the 3D simulation software already offers us a wide selection of turnkey manufacturing technology modules. This means that as our team gains more and more routine in working with the program, they can focus on their actual task – developing new, creative solutions for our clients.”

WHAT IS PUNCTURING IN METAL PROCESSING?

Hallmarkingis one of the non-cutting manufacturing processes in metalworking. In this process, a punch is driven into the metal. In jewelry processing, this is usually done by hand; in the industrial environment, it is done by machine. The type of embossing depends on the shape of the punch.

MEISSNER AT A GLANCE 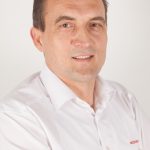